Discover The Best Way To Travel To Sharm el-Sheikh

Sharm el-Sheikh is the Sinai Peninsula’s major tourism center and one of the world’s top diving destinations.

Surrounded by some of the world’s most incredible dive sites, this peninsula, 38 kilometers south of Sharm, is home to glorious beaches with excellent  offshore, the world’s second most northerly mangrove forest, and a saltwater lake. 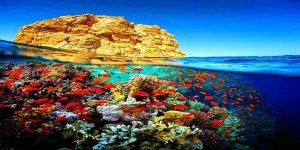 For many advanced divers, a trip to Sharm el-Sheikh means only one thing: diving the Thistlegorm.

One of the top wreck dives in the world, this ship packed full of cargo to resupply British troops was sunk during World War II by German bombers.

Fish now flit through its rooms and cargo holds filled with jeeps, motorbikes, and armaments that never made it to the front. 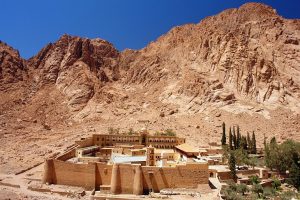 Is Saint Catherine in Sinai Safe To Visit?

Most people think that St. Catherine, and Sinai in general, is a dangerous place because the media doesn’t distinguish between North and South Sinai.

All tourist destinations are located in the south of Sinai and are not more dangerous than most other parts of the world.

In the very northern part of Sinai, there are unrests from time to time, but you wouldn’t even be allowed to enter that area.

Don’t be scared or put off by the many checkpoints all over Sinai. The government is trying to make Sinai as safe as can be, and while military and guns seem intimidating at first, you have nothing to worry about.

Book your trip to Saint Catherine with Fun Travel Armenia!

PrevPreviousWhat Is The Cheapest Month To Fly To Egypt?
NextAutumn In Armenia. Where To Go And What To See.Next